Warning: count(): Parameter must be an array or an object that implements Countable in /homepages/10/d168738517/htdocs/web/blog/wp-includes/post-template.php on line 284
class="post-template-default single single-post postid-93 single-format-standard custom-background wp-custom-logo cbc-page has-custom-background-image has-right-sidebar responsive-menu-pro-slide-left">
by 30BirdPosted on 23rd May 201324th July 2013

There they were, the three of them, Betsabeh, Chris and Nicki, holding up their 1950s Hoovers on The Junction stage, during Sampled 13, with the provocative music composed by Greg Mickleborough belting out of the speakers, beckoning more people to enter the auditorium. And they did. 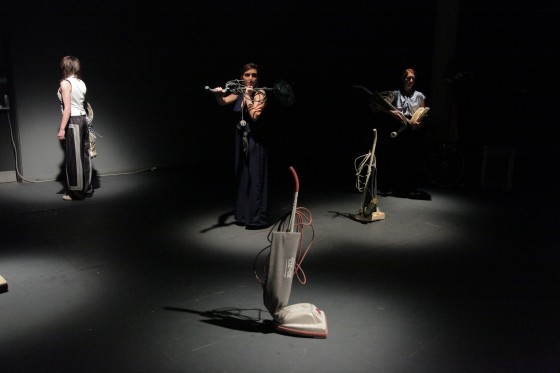 The girls wait. The doors close. They start their Hoover walk/dance. 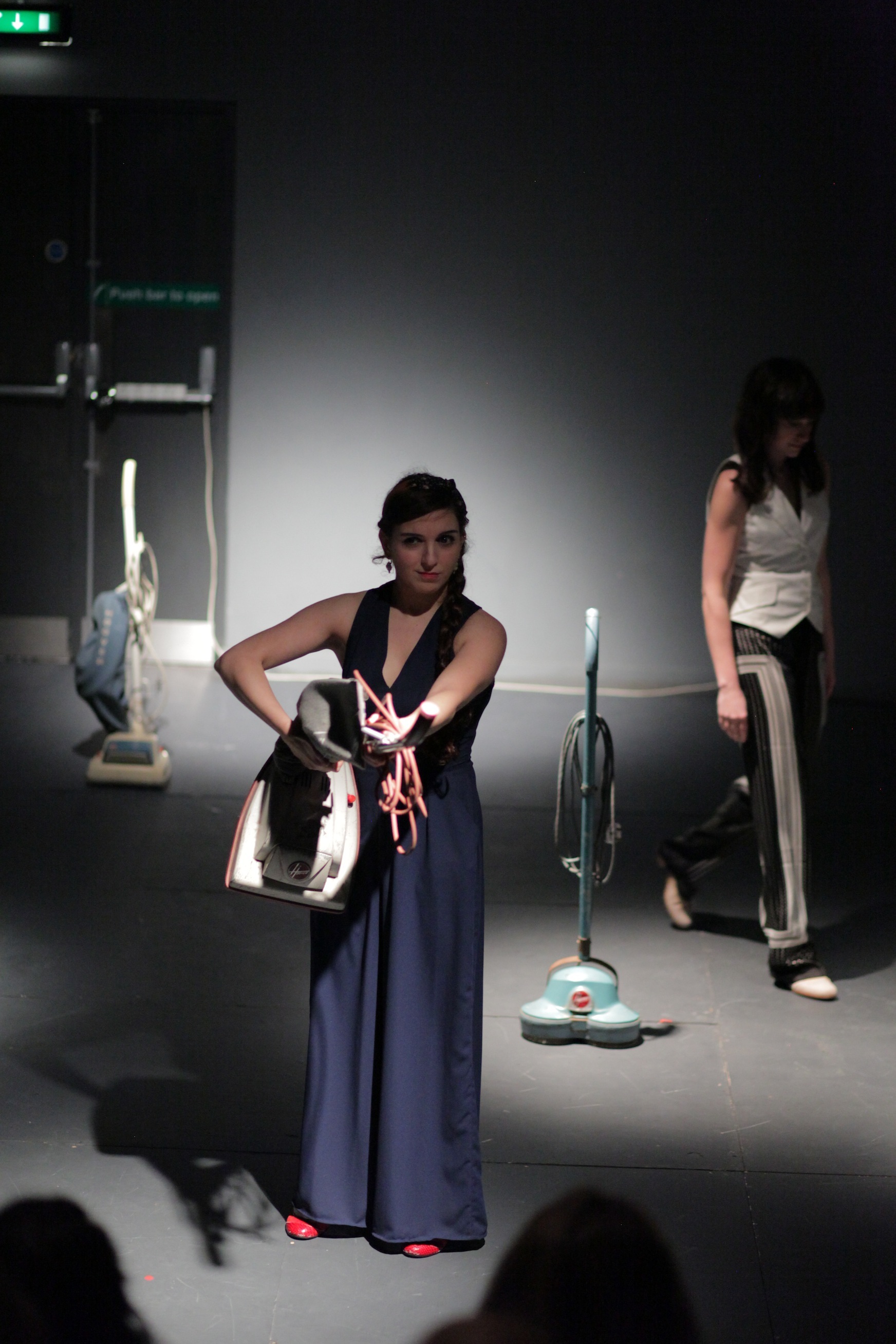 The Hoovers are moved to one corner. The three performers stand in the opposite corner looking at the beautiful machines. 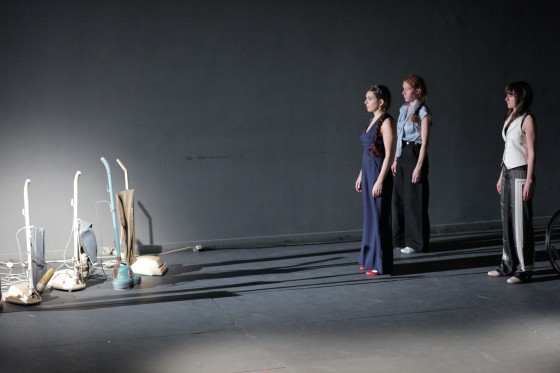 They join the ranks of the vacuum cleaners and switch one on blowing air into a condom which grows to a massive phallic size before exploding into thin air with the sound of the Hoover still echoing into the space.

“The house is a mess”. The performance begins.

We enjoyed Sampled. The Junction space is tall and the sound and lighting quality very good which enabled us, in a near-suicidal-maximum-of-an-hour-and-a-half tech-time, to make the show look rather good. One of the audience members texted us this: “Enjoyed it on many levels, visually compelling, great music and thought provoking text.” Others described it as very ambitious and very original.

We still have one problem to solve. The performers set up an explosive device to blow up a bicycle inner tube. 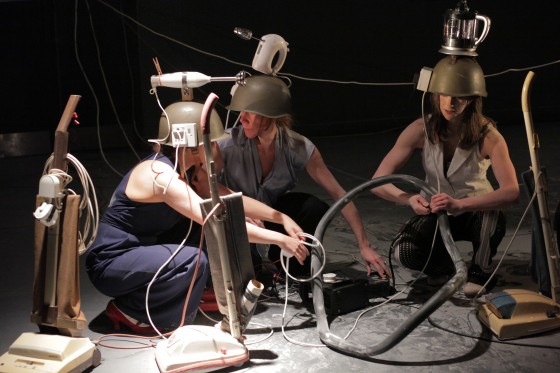 The bloody thing just punctured. So abandon inner tube. Nicki Hobday, one of the performers, suggested that we blow up two balls instead, “phallus at the beginning, breasts in the middle”. We’ll see.

We are really looking forward to The Pulse Festival in Ipswich, with our new effective explosive device in place.